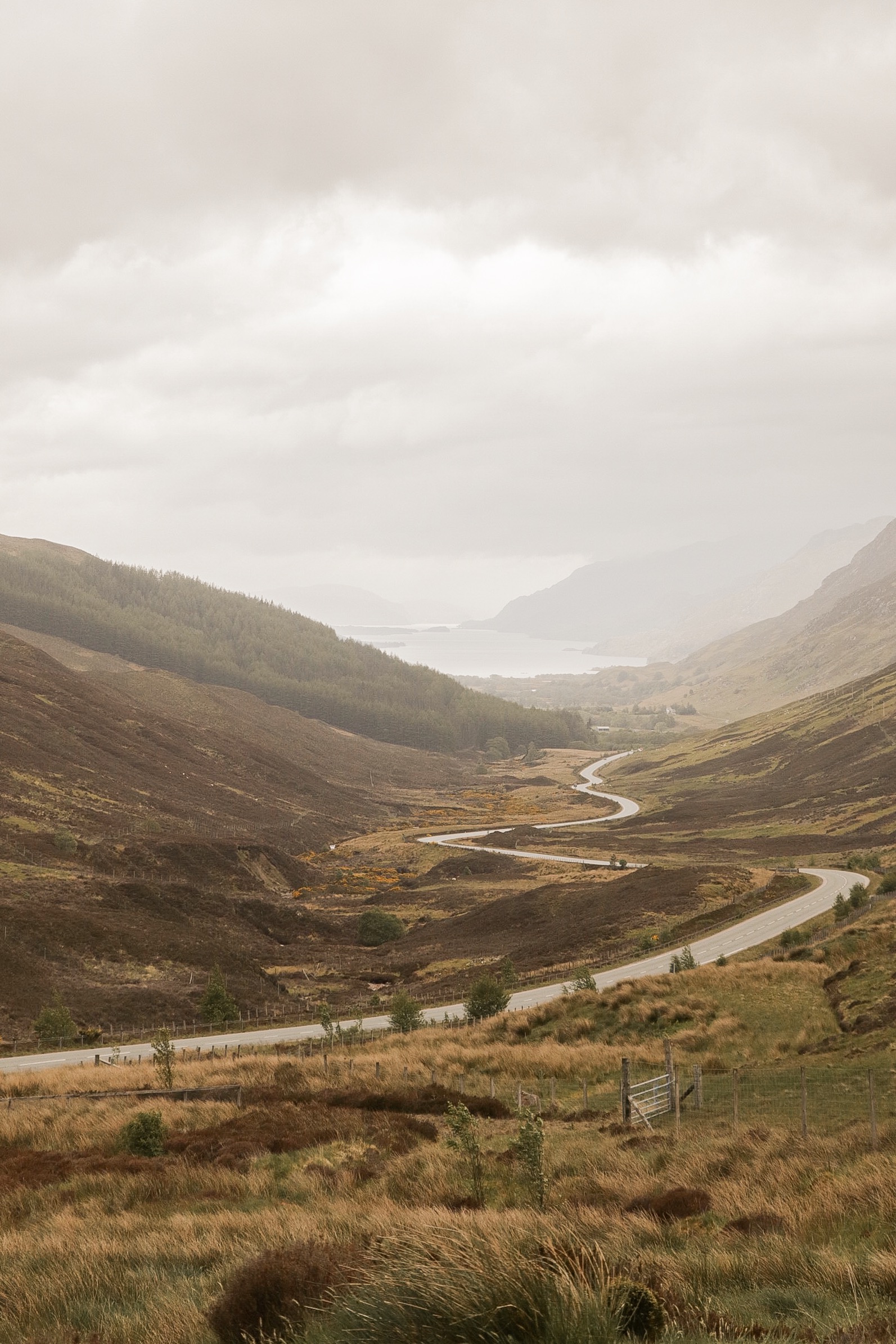 I went to Scotland at the end of May & didn’t take the time to sort through my pictures or put this little post together. So here I am, 8 months later, sharing the best of what I saw.

If you’ve ever thought about going there but still haven’t, just do it. It is the most calming, genuine and untouched place I have even been to. The landscape is so raw and vast. You can easily drive for two or three hours without seeing another human being which seems quite antisocial but also very refreshing, I can tell you. Especially nowadays where every holiday tends to come with the annoying mass tourism side of it, it was a whole new experience.

FYI – Most pictures in this post were taken in the pouring rain, from a car (lol).

Our first stop was Edinburgh which was very very rainy but it is such a great place to go at any time of the year.

Then, we drove to various different spots: Balmoral Castle, Speyside (where a lot of single malt Scotch whiskies come from), Loch Ness, Inverness and then East, towards the Isle of Skye.

Single track roads are probably the best representation of the fact that Scotland has not been touched at all despite the increasing number of tourists going there. Such a unique experience to drive on these routes to nowhere.

The most beautiful road was the one between Kinlochewe, Torridon and Shieldaig and then down to Ardarroch and Balnacra. It takes a very long time to drive through all these (quite close to each other) places but it is so so worth it.

And then, off to Skye. On the way there, we stopped at Eilean Donan Castle which is quite spectacular tbh. We took the bridge at Kyle of Lochalsh to reach the isle. It was pouring with rain for the most part of the day but we tried to see everything we could before leaving taking the ferry from Armadale to Mallaig. I have to say I was surprised that there weren’t too many tourists on Skye seeing as it is such a famous Scottish treasure.

Left Skye with a very blue sky – pun not intended.

In the worst weather, we went to the Glenfinnan Viaduct, aka the Harry Potter bridge, to wait for the steam train. And it happened.

We really had the best time in Scotland and I want to go back so so bad to discover more. It is such a calming place to disconnect from the real world and not care about anything. It is probably my idea of a perfect resting holiday (no it’s not the Maldives). I have to say, less rain would have made it even better though.