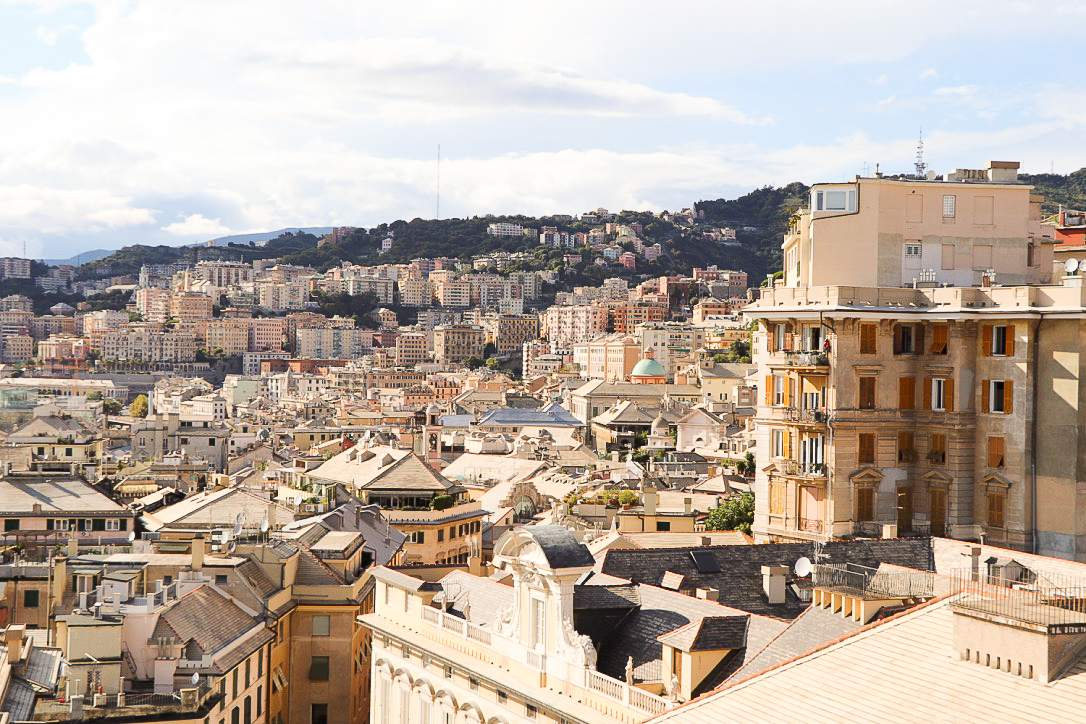 This summer I discovered Genoa. I have to say I wasn’t really keen on going there in the first place. Really, the idea was to have a (cheaper) place to stay while discovery the Cinque Terre villages. However, it was quite interesting for me because I had a very biased point of view which happened to be false.

I thought Genoa was a very poor and quite run down city, especially since we went just after the Morandi bridge collapsed. Actually, probably because it is not as touristic as many other Italian places, Genoa feels like a much more authentic city. It is fairly rather poor and there are a lot of refugees but it seems like a village and it looked like there was a lot of solidarity. The people there were adorable. We even spent an evening with our Airbnb host, Luisa and one of her friends. She invited us to a real trattoria and then we had a drink at her friend’s flat in a very old Genovese building. So nice!

Although it didn’t feel very safe around the stations at night, during the day it was completely fine. There is nothing nicer than getting lost in narrow old Italian streets.

The narrow streets of Genoa

The important amount of old palaces and big squares express how wealthy the city mist have been a few centuries ago.

Piazza de Ferrari is hands down the prettiest square in Genoa. Its architecture is astounding.