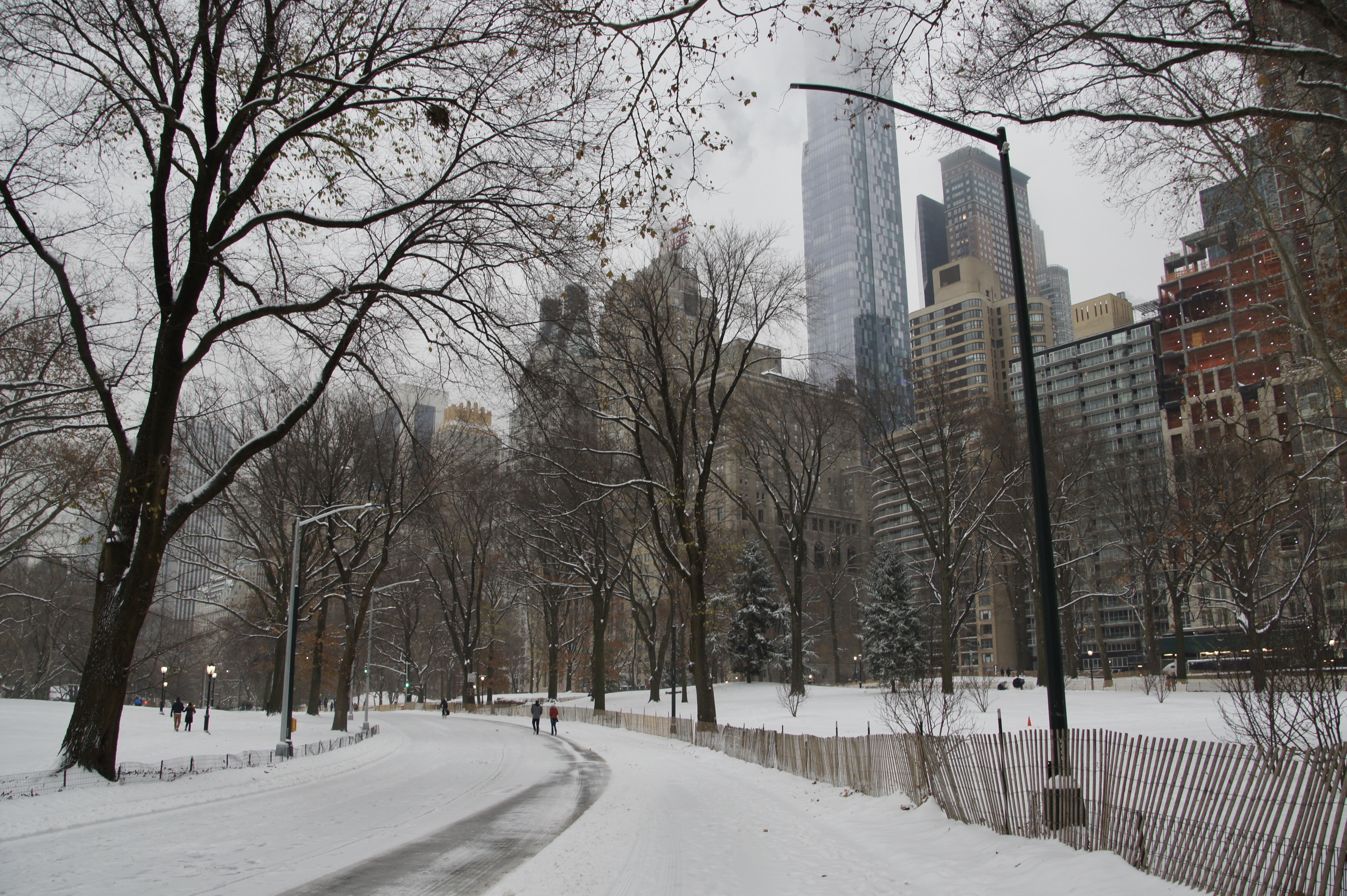 It actually happened ! I had been checking the weather forecast since we booked to come to New York. And yes, on the Saturday morning, there was snow. We woke up very early to go to Central Park before everything melted.

Central Park under the snow was my dream. It’s so beautiful! Central Park is magical anyway but with snow… The pictures highlight it! (They are sometimes a bit blurry because of the drops that were on my lens…)

Leaving Central Park we started to understand why the Americans don’t have any problems when it snows. All the streets, the pavements, are covered with salt even before it starts snowing. It melts almost instantly. It kind of becomes a flood afterwards but at least it doesn’t slip!

We went down to the Rockefeller Center to see THE tree! It’s very impressive. It was raining at the time so quite difficult to take decent pictures…

We then continued on 5th Avenue. We went to St Patrick’s Cathedral, Grand Central Terminal, the Chrysler Building and in front of the Public Library and its lion.

We then arrived at the Empire State Building and went into Macy’s to see the Christmas decorations. Going into a big department store like Macy’s on the last Saturday before Christmas, not a good idea… It was amazing though but there were so many people, we left quite quickly!

We ended up in Times Square and took the subway to Dyker Heights. It’s a neighbourhood at the very south of Brooklyn. People there are famous for decorating their houses with Christmas lights. It takes about an hour on the subway to go their from Manhattan but it’s really worth it. It also allows to see different parts of New York. All the houses compete to have to craziest/ best lights. It’s unbelievable! Our hosts even told us that they have to bring a generator to keep the lights going. Mad!

That’s it for our third day in NYC, the newt post on the fourth day and the 9/11 Memorial it going up later today, don’t forget to check it out as well ! The video of my trip is still here.