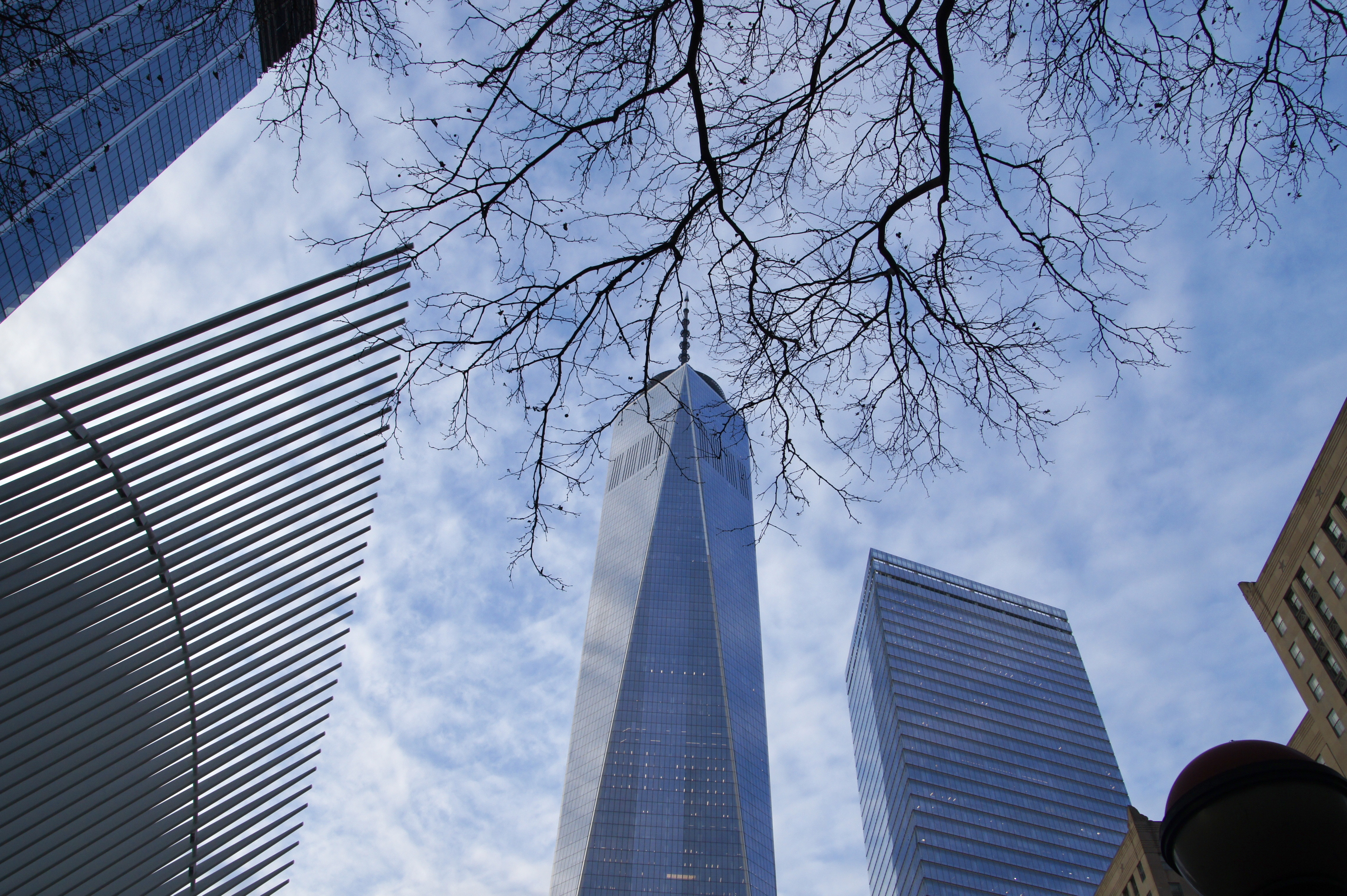 Second day in New York! It was less cold and very sunny so we walked from Wall St to the Whitney Museum!

The financial district from Wall St to the World Trade Center is very impressive! It’s of my favourite places in New York. The architecture is very different from one building to another, some are quite old and others very new. I love how the American are capable of putting everything together and making it look so incredible!

Because they have Christmas trees everywhere, they had to have one in front of the New York Stock Exchange. Christmas is such a lovely time of the year to go there!

At the very south of Manhattan, there is the National Museum of the American Indian. It is huge and very interesting both on American Indian art and on their history throughout the centuries. (Info: Open every day, free.)

Walking up Church St, we came across THIS. This is the Oculus, a very disputed architectural project that was finally open a few months ago. Last time we came, it was almost rusty. It took a very long time and more importantly huge amounts of money to get built. In the end, fortunately, it was finished!  Its architect, Santiago Calatrava, wanted a station that look like a bird about to fly. Even though a lot of people hate it, I think it is beautiful and it goes really well with the other new buildings around it. The fact that you can see the One World Trade Center through it is amazing!

After spending a lot of time looking a all the new architecture in the neighbourhood, we walked to Washington Square Park. We went through SoHo and stopped quite often in shops, galleries, and various places. It is a lovely walk and very peaceful in a way because it seems like you’re in a small town. In Washington Square Park, there was a demonstration for freedom in Syria. The square is often a place where people meet to demonstrate. It was very moving!

We still had some time so we went to Chelsea Market. It is a covered market where there are a lot of shops and places to eat. The building itself is really nice so it’s worth just stepping in and having a look. (Info: open every day)

Then, we went to the Whitney Museum of American Art. (Info: closed on Tuesdays, adults $25, students $18, donations on Fridays from 7PM.) It’s one of the art museums that we didn’t have time to see last time. The architect of the building is Renzo Piano so it’s magnificent! I thought that there were less works of art that I imagined compared to the size of the museum. However, there is an incredible collection of Edward Hopper paintings. The best way to get there is to come from the High Line which is an old suspended railway track. It was restored and is now a walkway. It ends at the museum so it’s perfect.

I loved this work of art by Urs Fischer called Standing Julian which represents his friend Julian as a wax figure. It is lit every mormont and extinguished every night. Gradually, it melt and falls apart. The artist wants to show by his wax work that materials have their own life.

This is the little shop at the end of our street in Brooklyn. I love walking into these corner shops, meeting the people who own them and talking about everything and nothing while buying a pack of pasta. This is how I see traveling, full of little meetings and little unexpected discoveries.

My video of the trip is still here ! See you tomorrow for a new post on New York 🙂